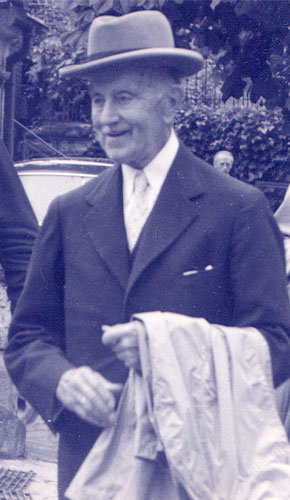 "Times look tough. Another alleged rogue trader surfaced, this time at UBS (ticker: UBS), and the stock market resembles a roller coaster. For investors, this stuff is getting old.
But after the shellacking European markets have endured, there are strong, dependable European stocks worth considering for investors thinking of annual rather than weekly returns." Some companies that have been around more than 100 years appear cheap in a scenario where the world isn’t about to end. Georg Thilenius, the principal of Thilenius Management in Stuttgart, cites two insurers that fit that description, Allianz (ALV.Germany) and Munich Re (MUV2.Germany). The two are down 39% and 31%, respectively—significantly more than the German market. They have American depositary shares that trade under the ticker symbols AZSEY and MURGF. On Friday they traded at around 9.30 and 120.50.

The market has dumped flnancíals indiscriminately on fears of their potential exposure to sovereign debt from countries like Greece, Ireland, Portugal, Spain and Italy. This has made Allianz and Munich Re, which have relatively low exposure to such debt, “rare bargains,” says Thilenius.
With 63 billion euros (about $86 billion) in net premiums, Allianz is Europe’s largest insurer and is the parent of Pimco, the U.S. fixed-income investment giant. Munich RE, in which Warren Buffett has a 10% stake, is one of the world’s largest reinsurers. Both have “excellent management and long-term records,” says Thilenius, who holds shares of both in clients’ accounts.

Both are valued at less than six times consensus 2012 earnings estimates and trade at around 70% of book value—a more relevant metric for insurers, which typically they trade at 100% of book. And, fundamentally, their businesses are good. Even in times of low or no economic growth, companies and individuals buy insurance.

The two companies have reduced their exposure to problematic sovereign debt. Greek, Portuguese, Irish and Spanish paper accounts for just 1.8% of Allianz’s about €400 billion in bonds, Thilenius notes. At Munich Re, Greek, Portuguese and Irish bonds make up a very small portion of the portfolio, while Spain and Italy together account for about 8%.
Both insurers have long histories of increasing their dividends and have yields that are now around 7%. Since 2000, Allianz’s dividend has tripled to €4.50 a share, while Munich Re’s has climbed to €6.25 from €1.25. Thilenius posits 50% appreciation within 24 months, in what are two conservative stocks.

If the world isn’t about to enter a prolonged depression, it’s hard to argue with his logic. For more companies like these, see page 14. (by Vito J. Racanelli)